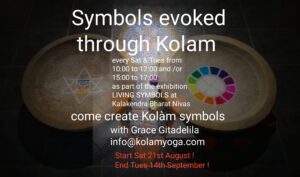 Symbolism can be described as a belief system attributing a cultural, religious or spiritual value to many of the fundamental forms of space and time. According to this belief system, the basic patterns of existence are perceived as sacred, since contemplating one, is contemplating the origin of all things. By studying the nature of these forms and their relationship to each other, one may seek to gain insight into the scientific, philosophical, psychological, aesthetic and mystical laws of the universe